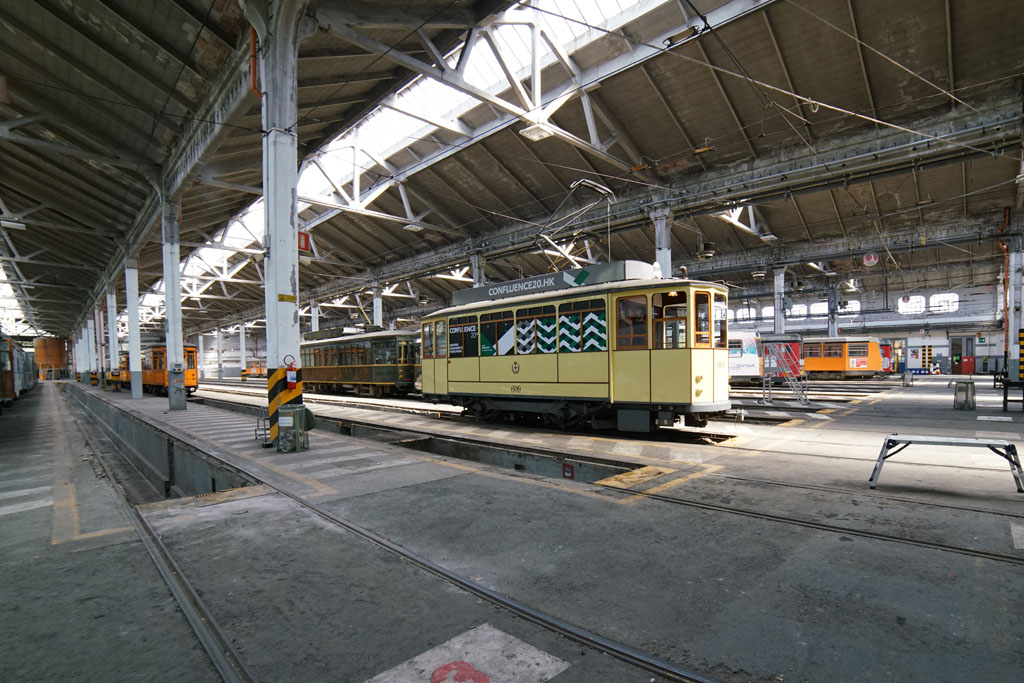 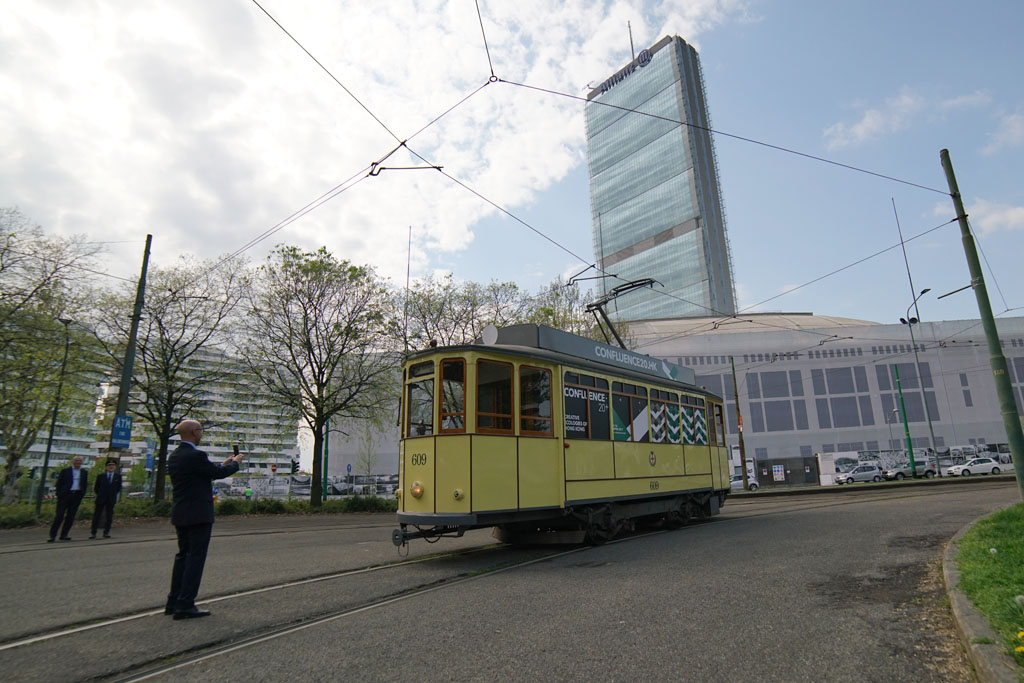 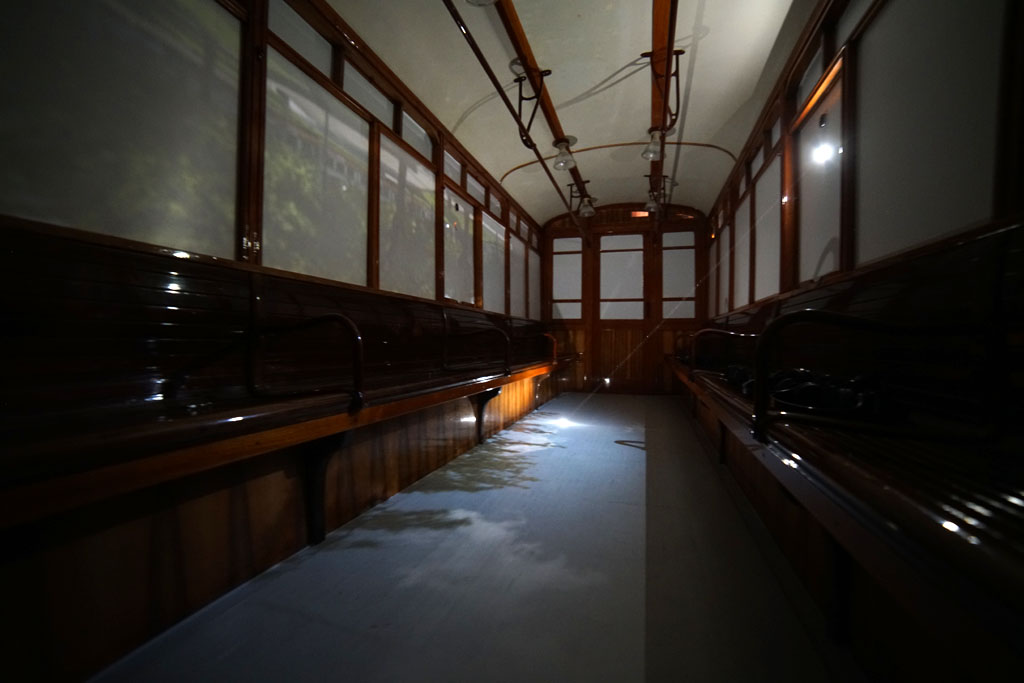 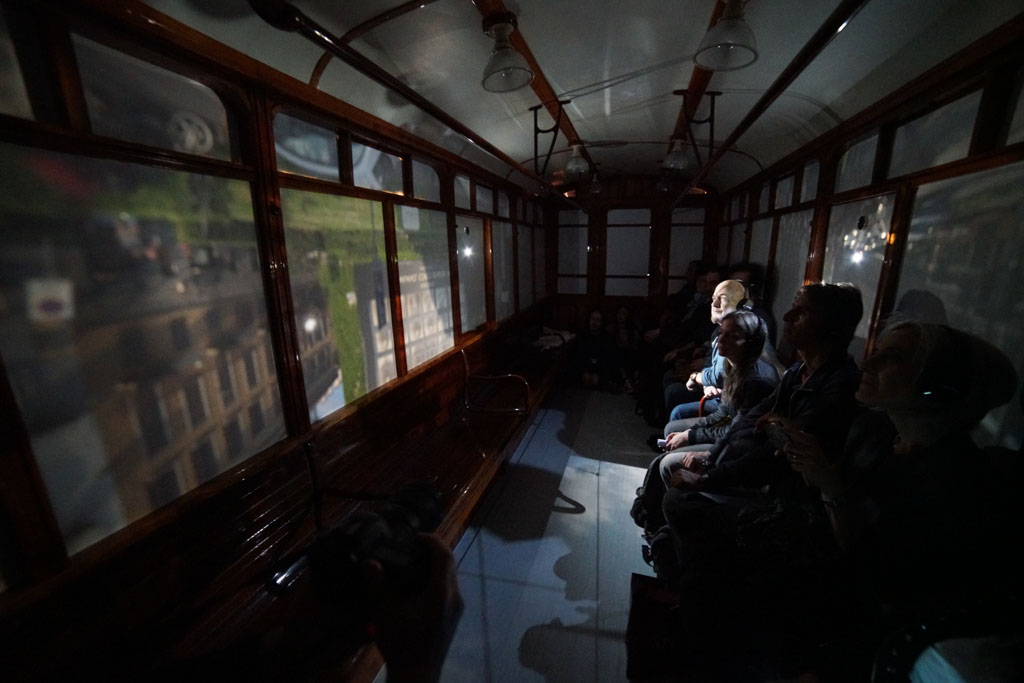 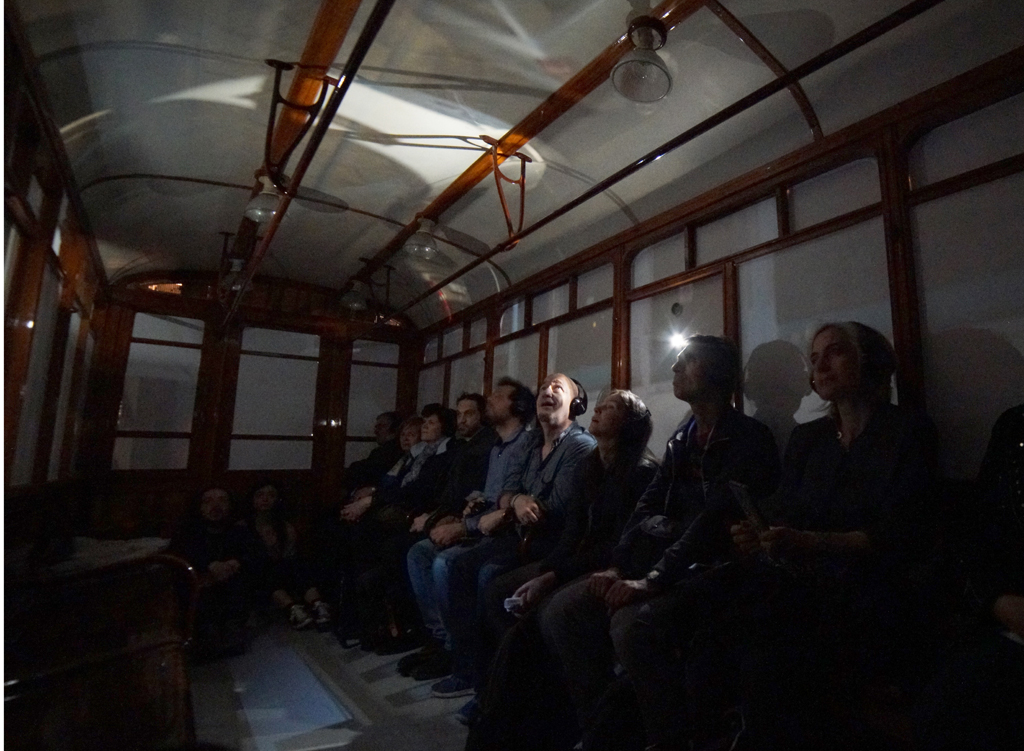 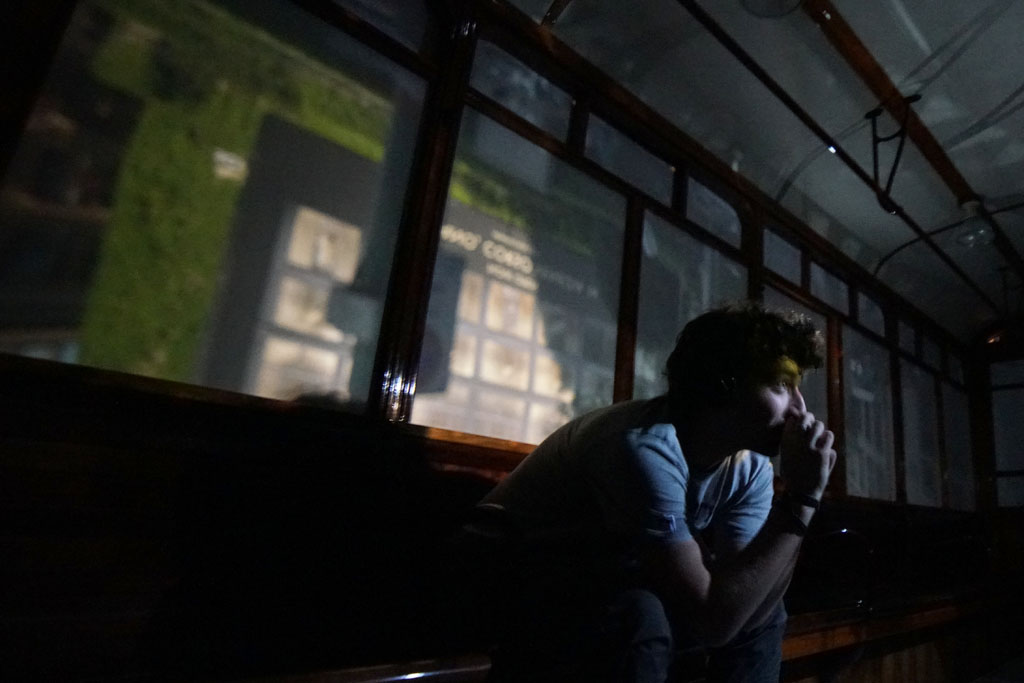 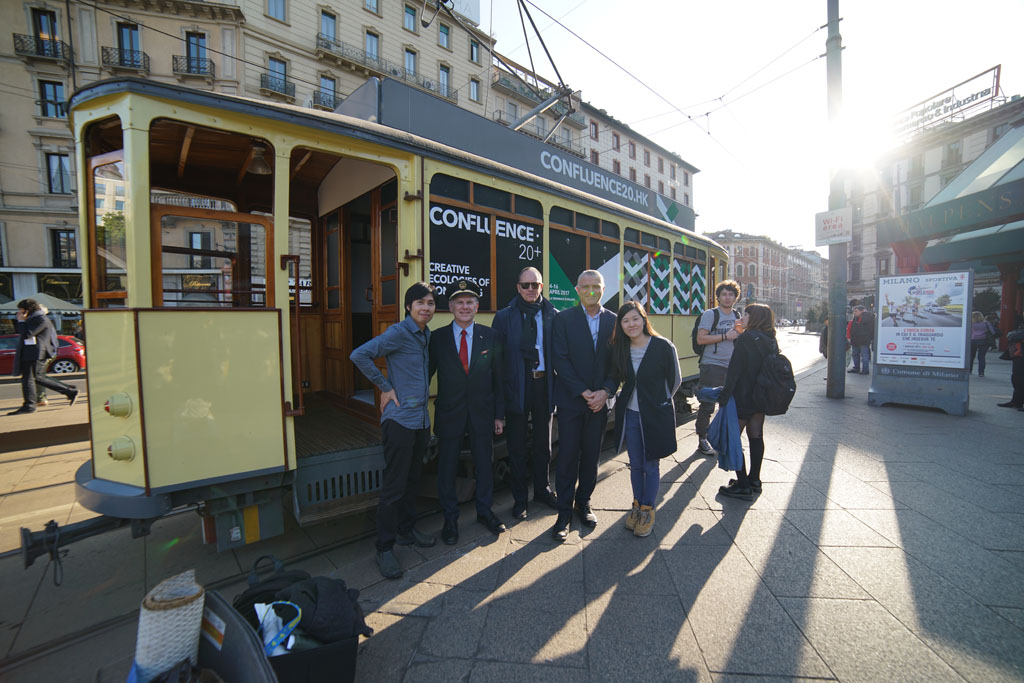 Mobile Camera Obscura as a form for expanded cinema

“The more one was lost in unfamiliar quarters of distant cities, the more one understood the other cities he had crossed to arrive there… Elsewhere is a negative mirror. The traveller recognises the little that is his, discovering the much he has not had and will never have.”
Italo Calvino, Invisible Cities

As part of the exhibition Confluence+ at the Milan Design Week, Milan’s most historical moving tram is turned into a moving camera obscura, based on the Hong Kong edition of Twenty-Five Minutes Older. In the sealed off, pitch-dark compartment, mirrored images of the city are conjured upon by light streaming in through two apertures. Flowing in the same space, audio fragments of Hong Kong’s renowned author Liu Yichang’s classic novella Tête-bêche make up a parallel narrative. Displaced in the upside-down scenery of a faraway place, the criss-crossing tales of the two protagonists, one lost in memories, the other in daydreams, rock along the rails of unfamiliarity and understanding.

With excerpts from Tête-bêche by Mr. Liu Yichang

Editing and Translation by Stephanie Cheung