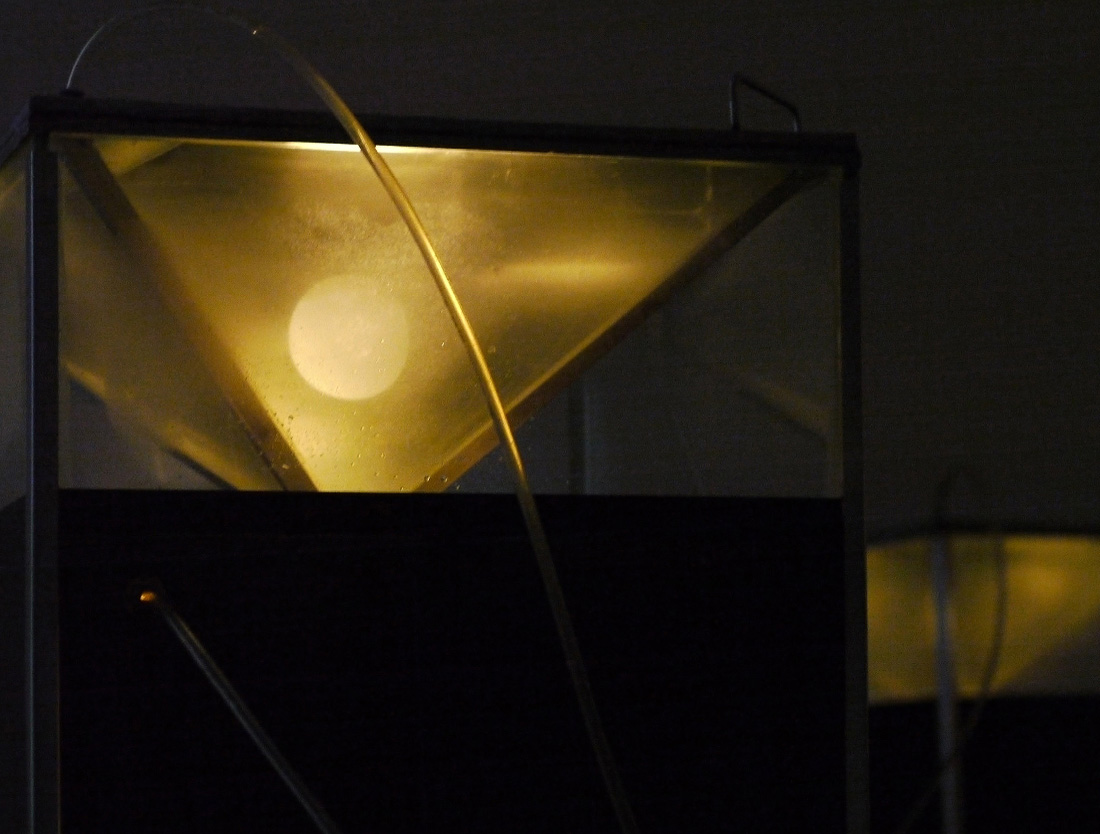 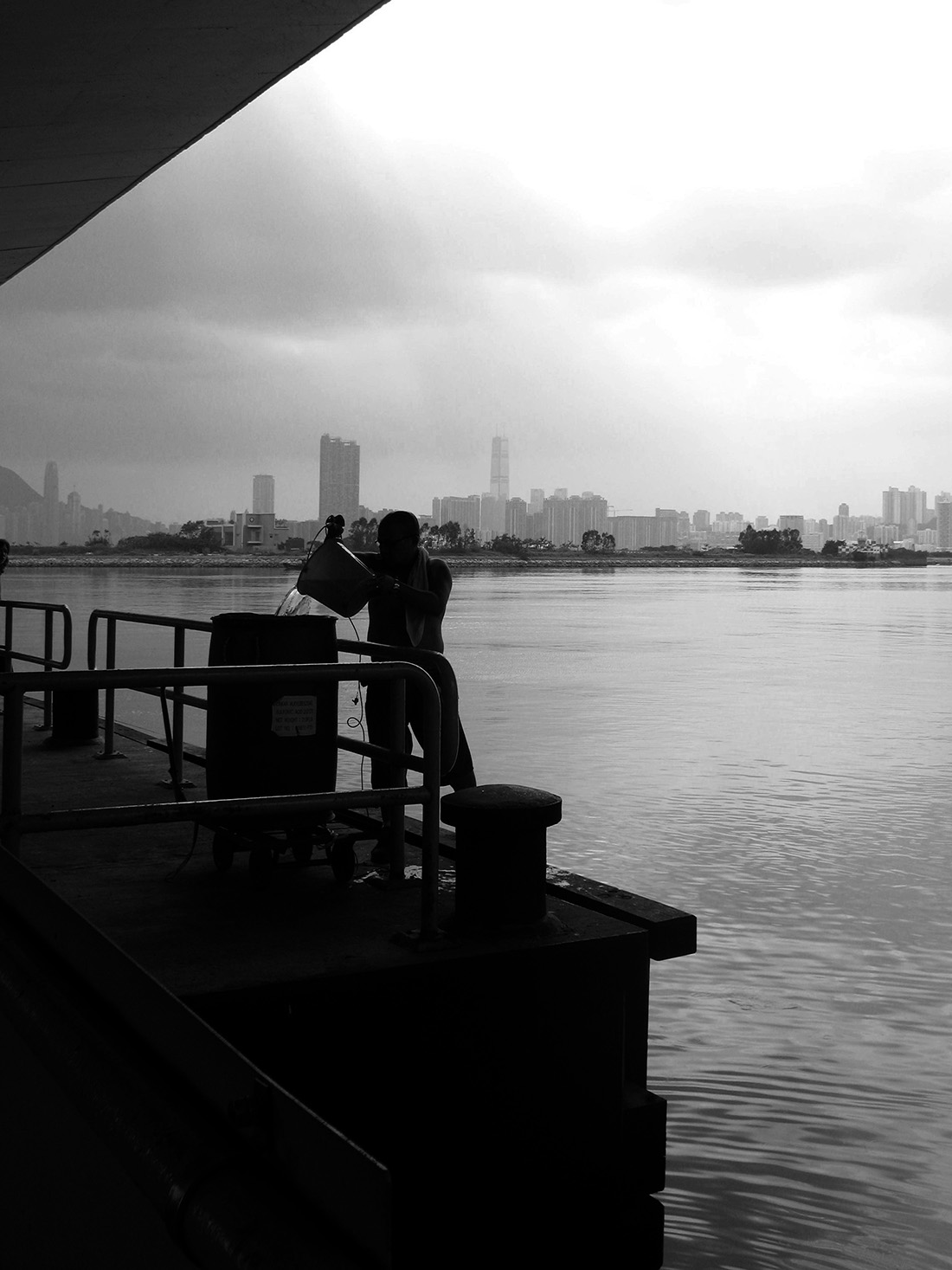 Kwun Tong in Hong Kong was named after the Koon Fu salt yards (官富場), set up by the government to secure central administration of the salt trade. There were many salt yards around Kwun Tong, whose long coastline stretches to Kowloon Bay and To Kwa Wan in the west. Since the 1950s, Kwun Tong has thrived as a manufacturing hub, and the water around Kwun Tong became heavily contaminated by industrial sewage. By separating seawater in Kwun Tong into salt and water, the work symbolises the transformation of Kwun Tong from a salt pan to an industrial area, and eventually to its current incarnation as an urban renewal precinct.