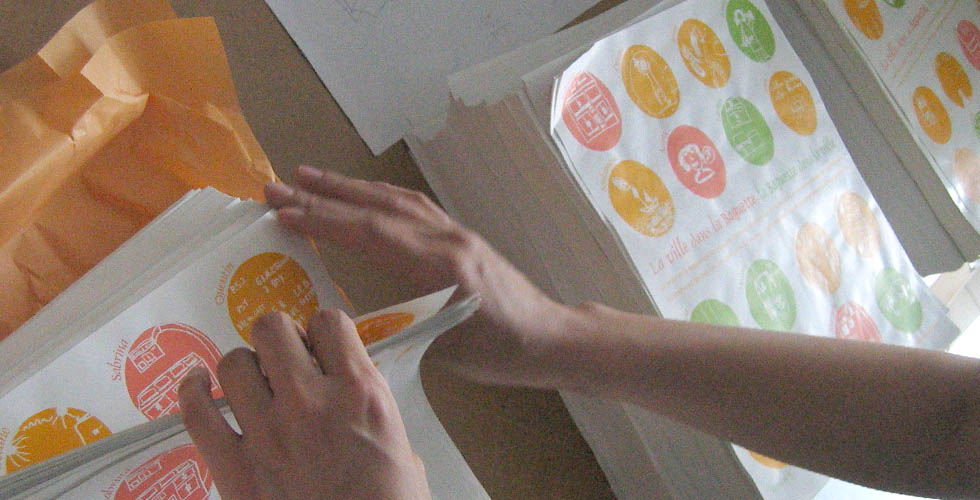 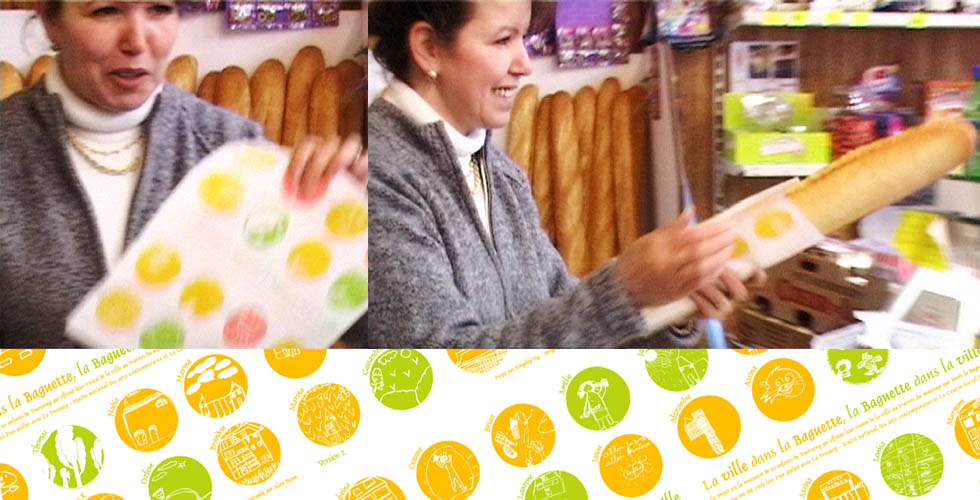 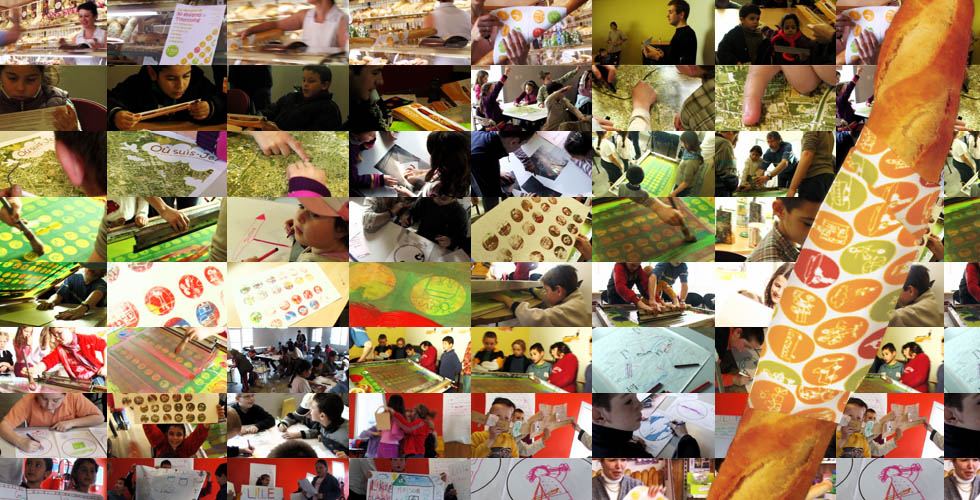 2004
Community art with 40 children and 5 bakeries

The designation of the city of Lille as a European Capital of Culture in 2004 was recognised as one of the more remarkable campaigns, credited for its decentred approach and fostering of urban regeneration (Bosredon & Perrin, 2019). La Ville dans la Baguette, La Baguette dans la Ville, is an experimental inquiry to local reception. Through a series of workshops, 40 five to ten-year-old children from a peripheral neighbourhood created personal drawings to illustrate their observations of their surroundings and the changes during the cultural capital year. A collage of their drawings was silkscreened on 8,000 sheets of wrappers, distributed via baguette sales. The five participating bakeries became an outlet for open dialogue among the local communities.

A production of Le Fresnoy – National Studio of Contemporary Arts. With the generous support of Adel Ksk, Serigrapher Alain Buyse, Centre Social Boilly, and the five bakeries in Tourcoing and Lille.