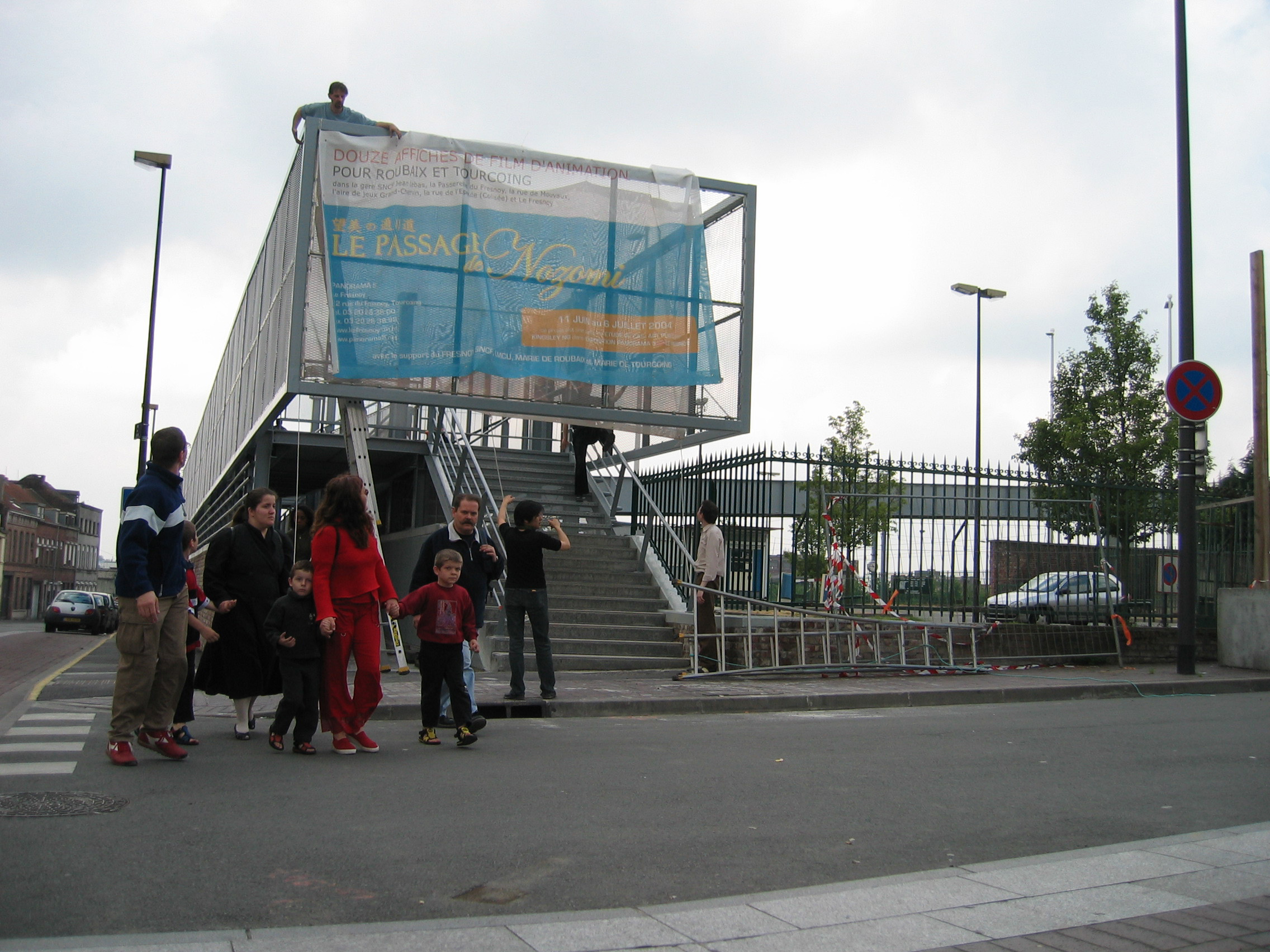 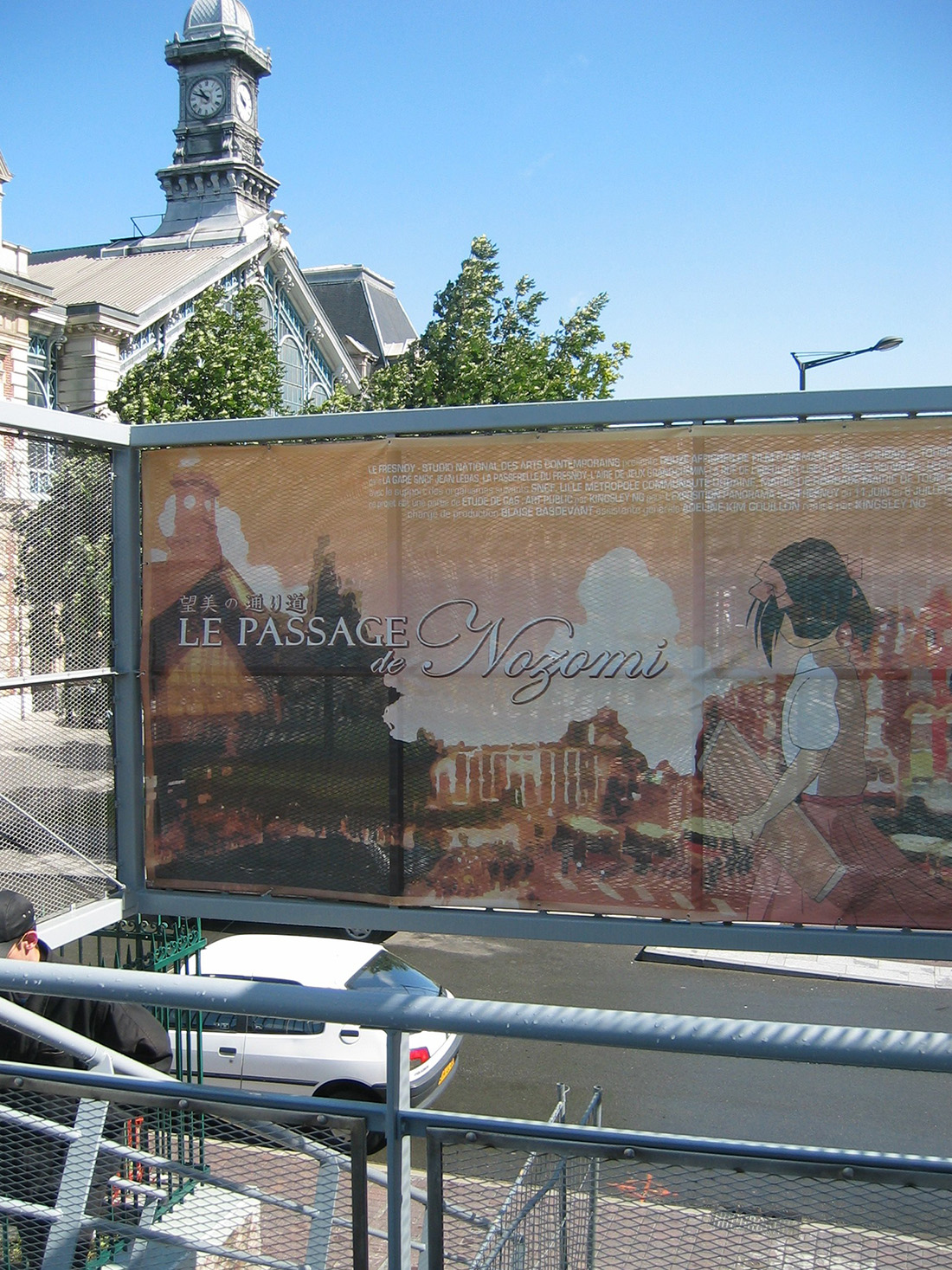 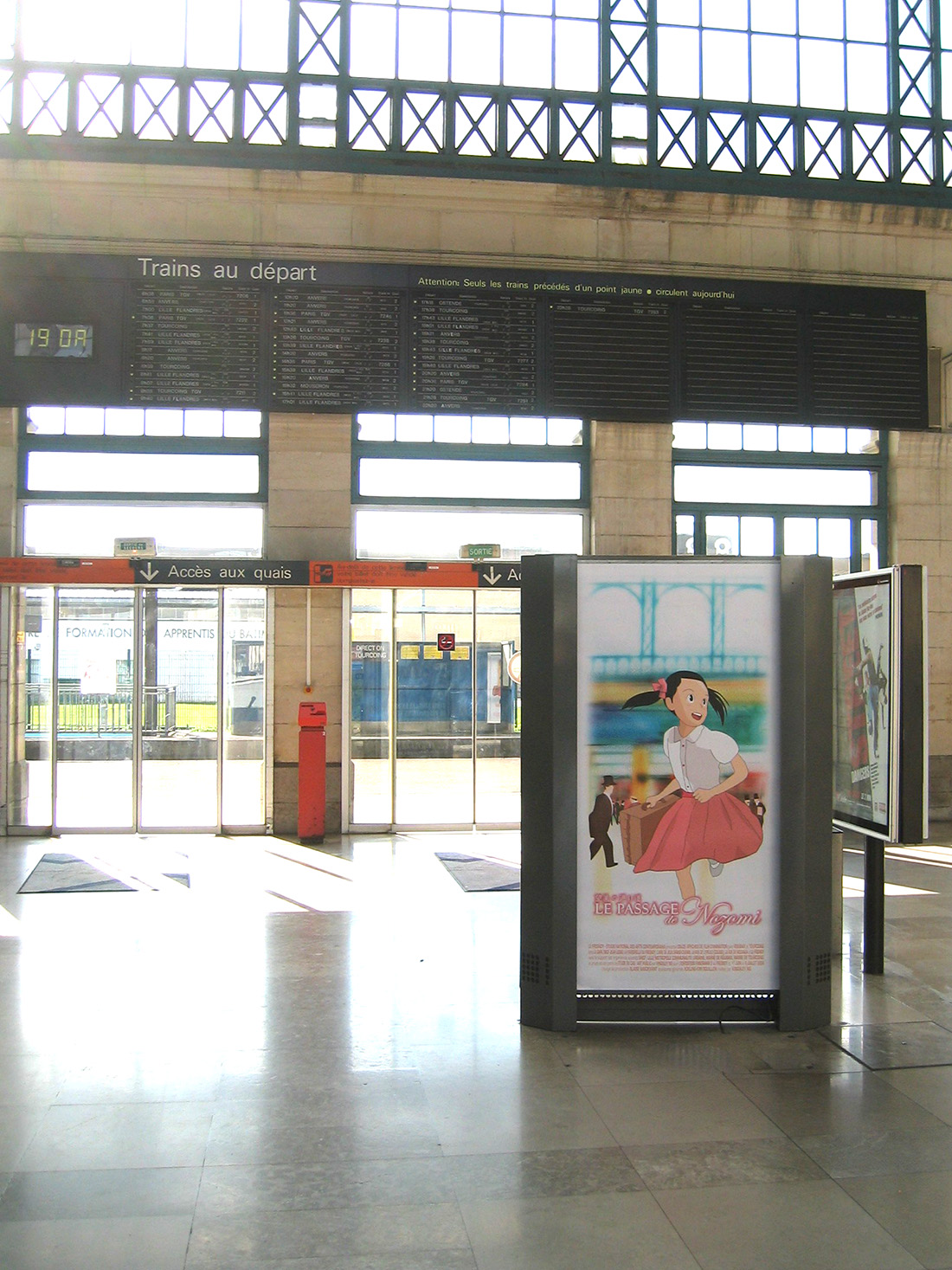 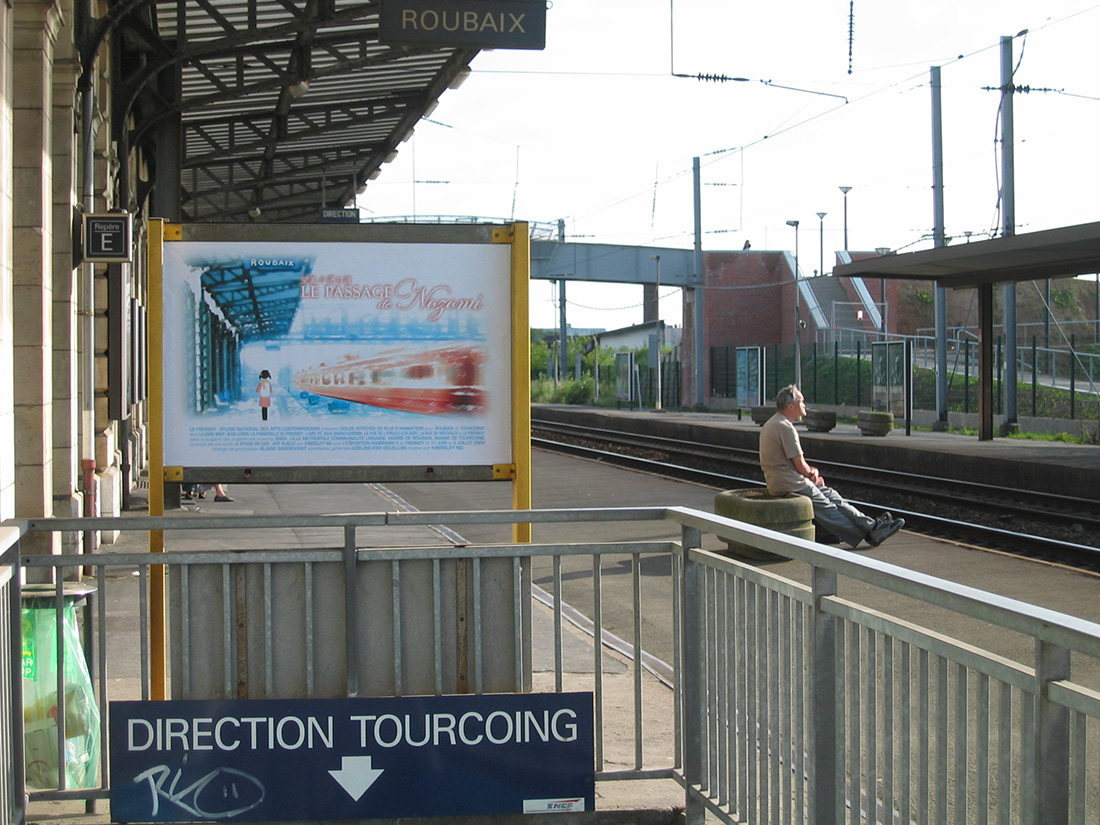 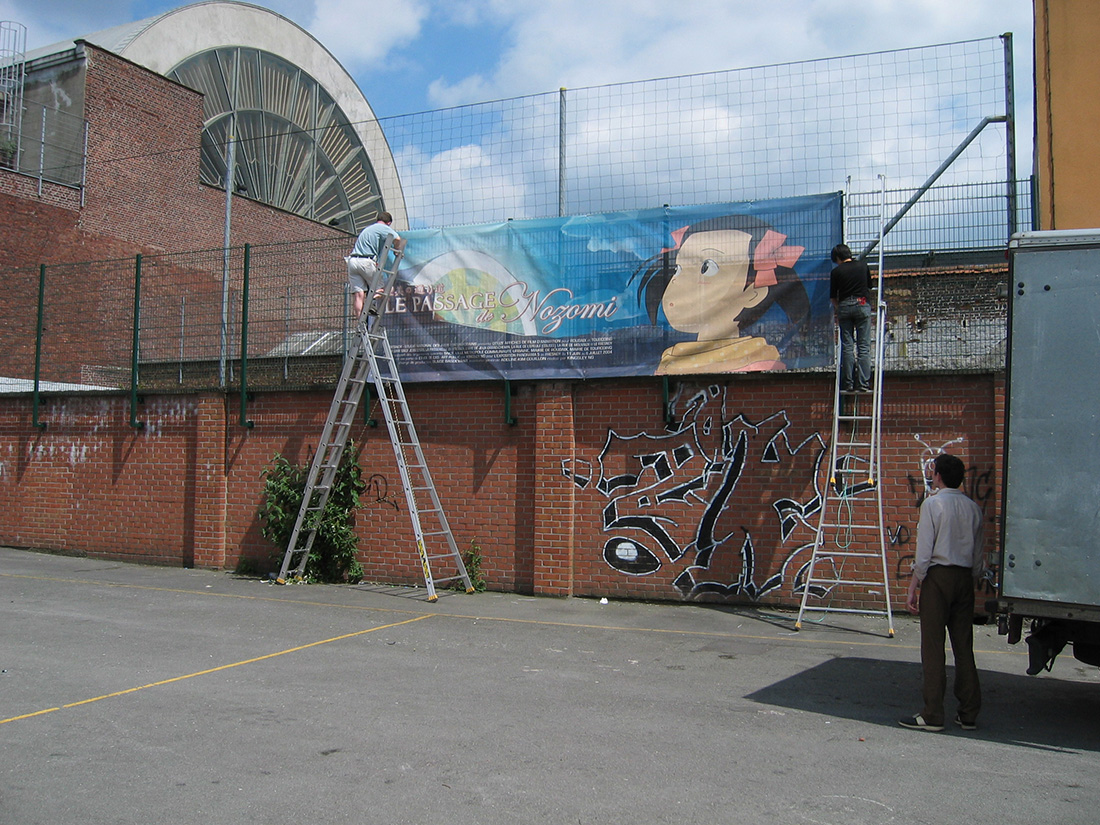 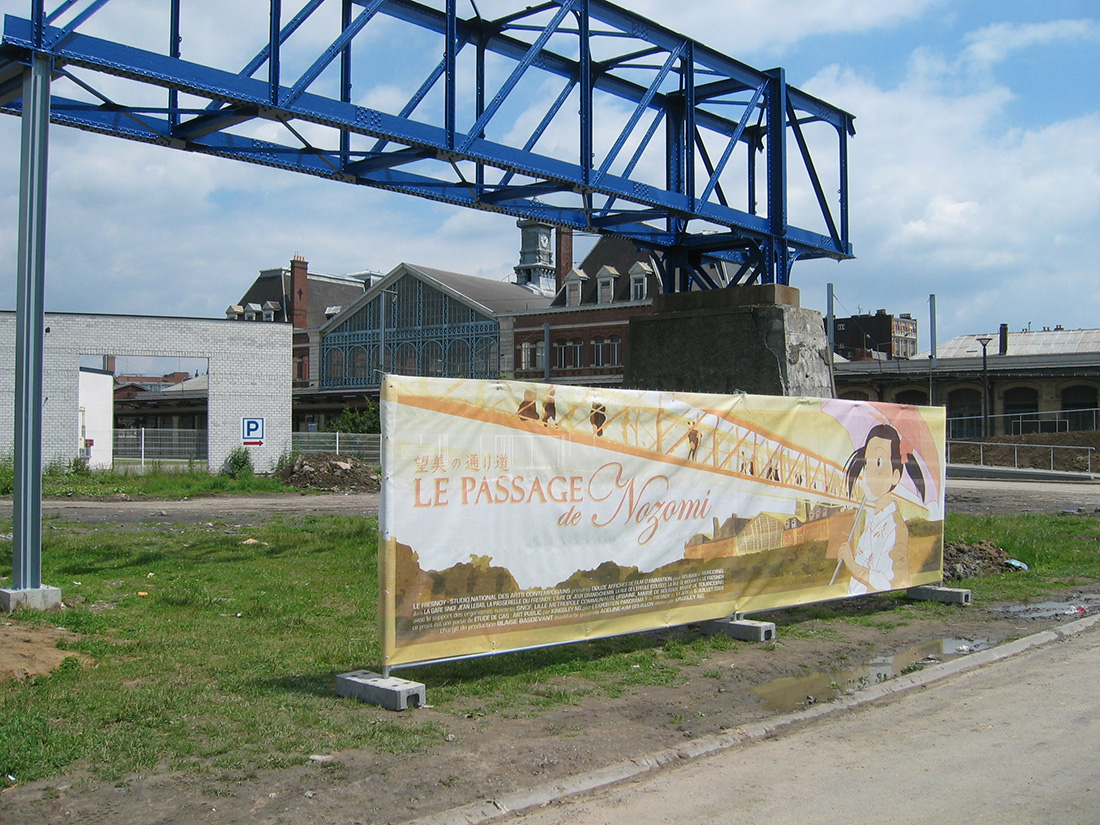 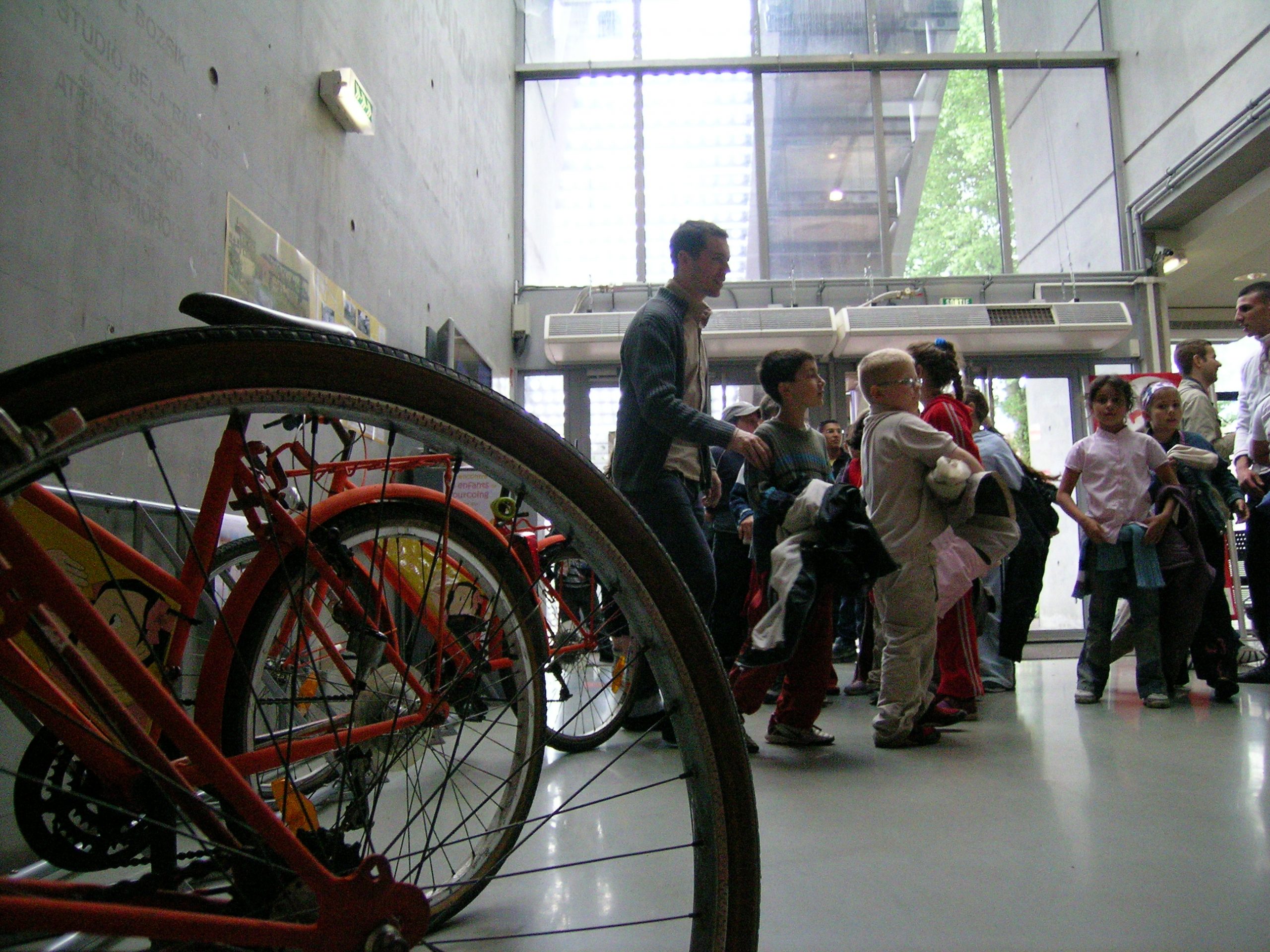 12 Public Billboards for the town of Roubaix and Tourcoing

In a peripheral neighbourhood of Roubaix, a set of 12 billboards resembling advertisements of a foreign anime films popped up in the streets, parks and the train station. At close inspection, each billboard is site-specific to the immediate environment, overlaying an imaginative narrative onto the physical space. The title of the work is Le Passage de Nozomi. Nozomi, meaning “wish and hope,” is a popular name for girls in Japan and one of the fastest running inter-city service train. In French, it sounds like “nos amis”–“our friend.”

As winter approached in 2005, there were weeks of civil unrest across France. The protestors were predominantly descendents from diaspora communities. On Rue de L’Épeule, one of the epicentres of the protest, a good number of cars were burnt and almost all of the billboards were smashed up. Only a few were untouched. Le Passage de Nozomi was among them.

A production of Le Fresnoy – National Studio of Contemporary Arts. With the generous support of Gare SNCF Roubaix