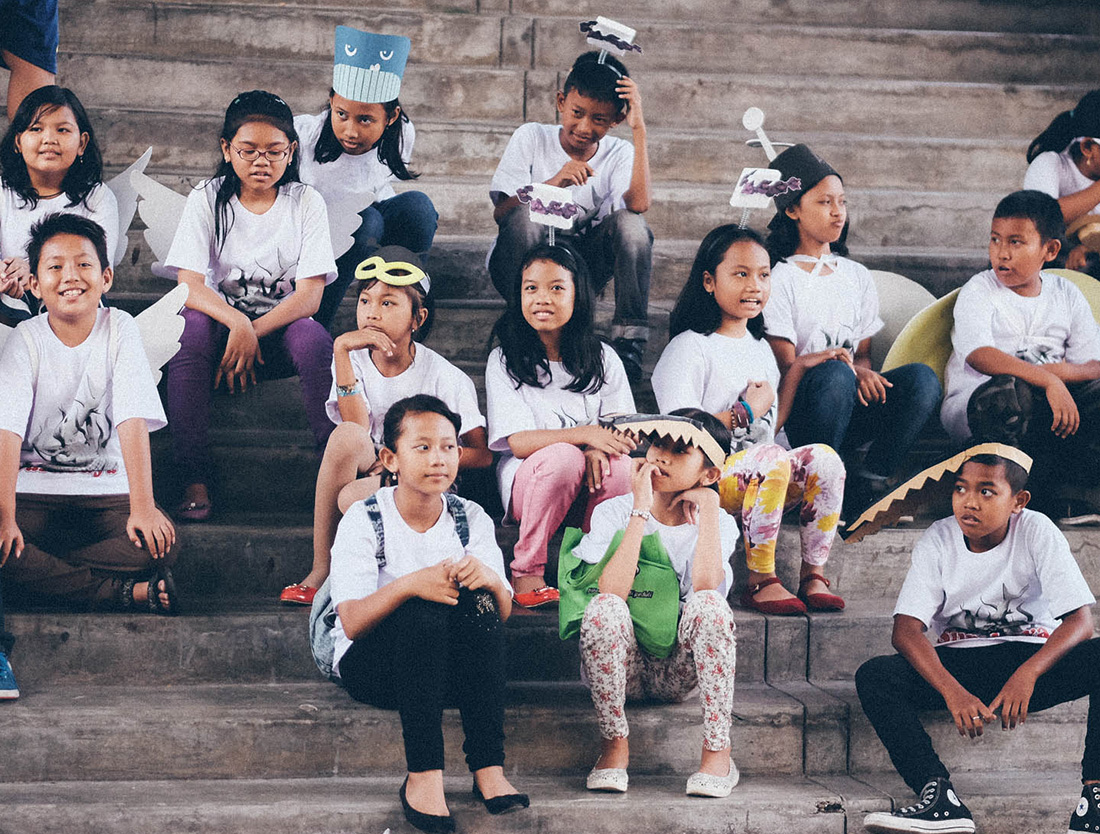 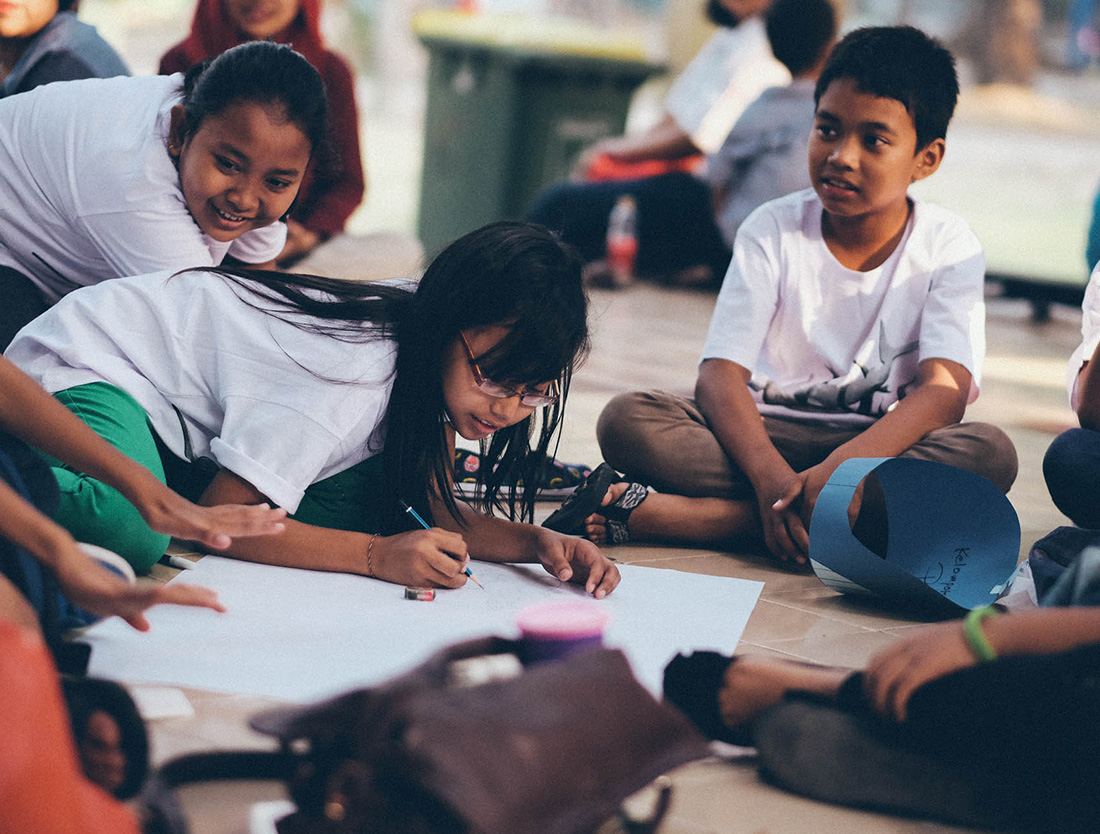 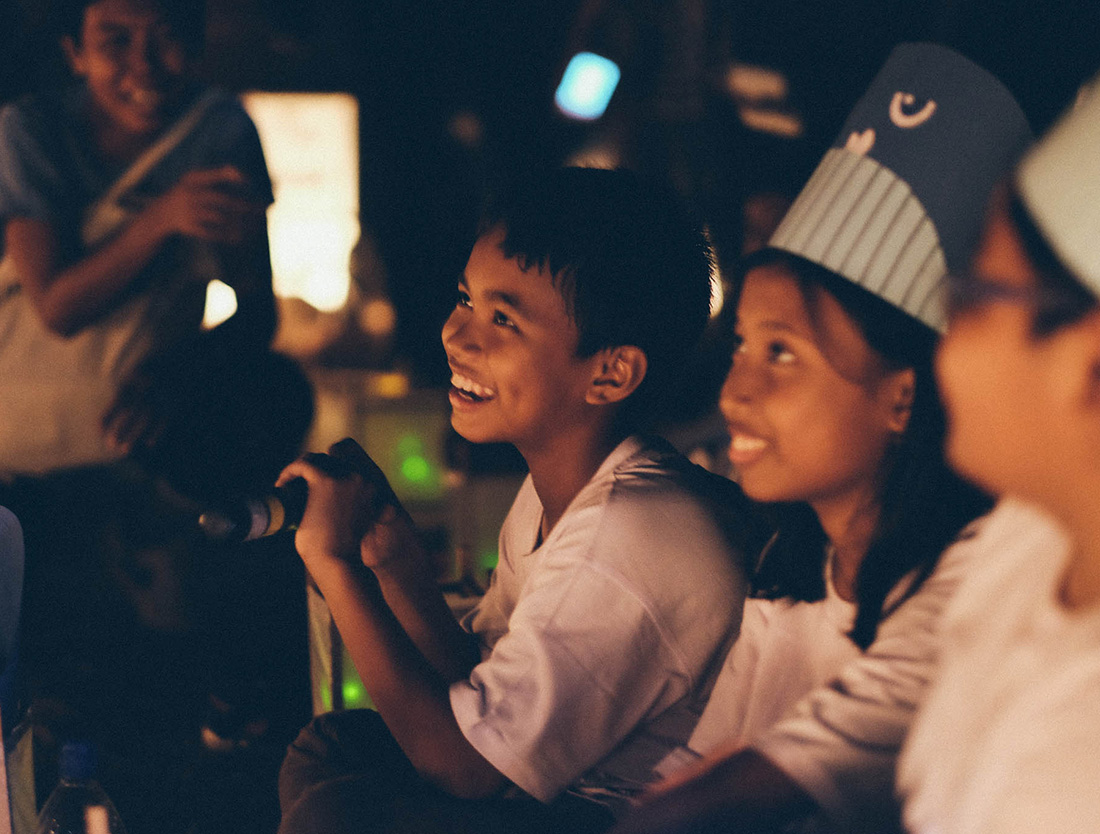 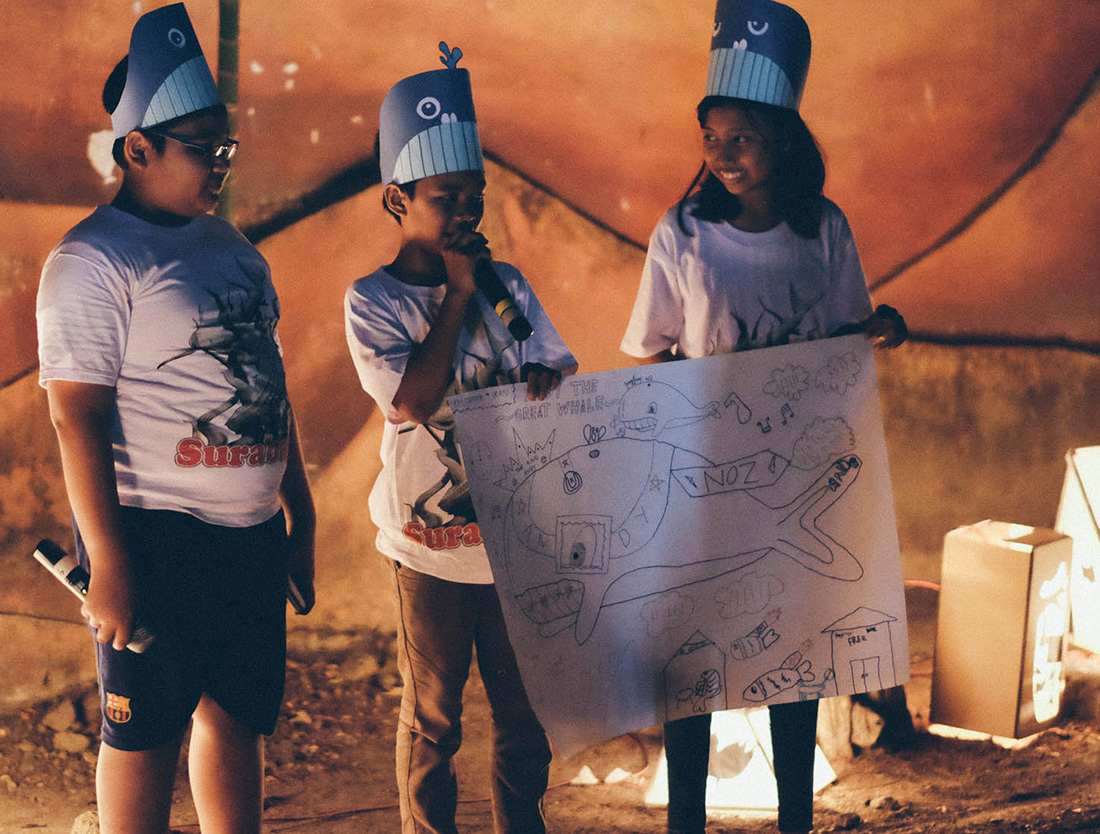 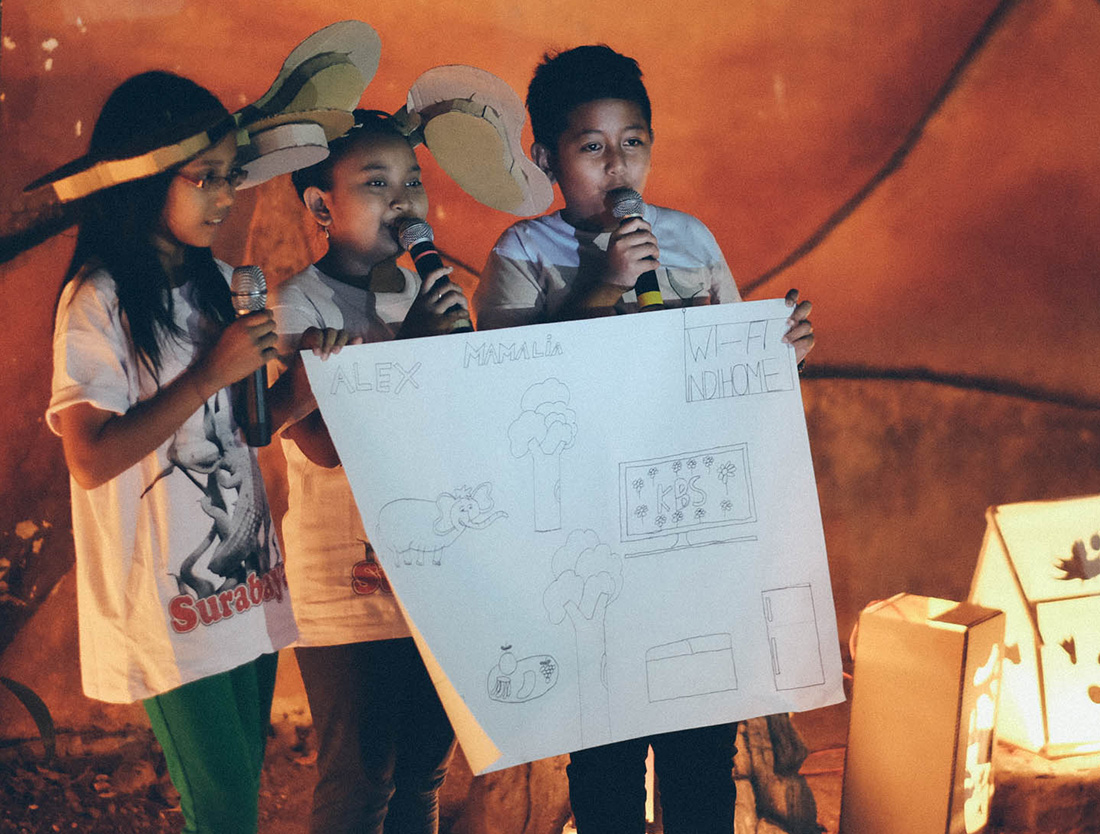 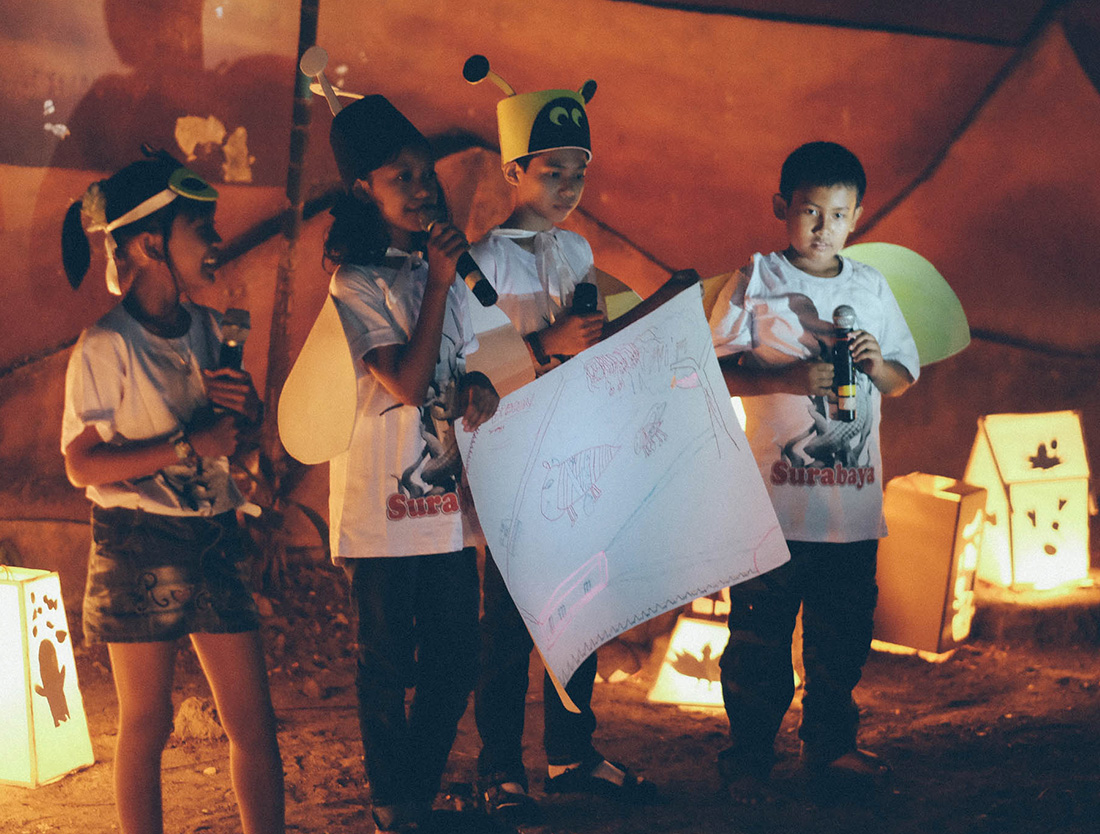 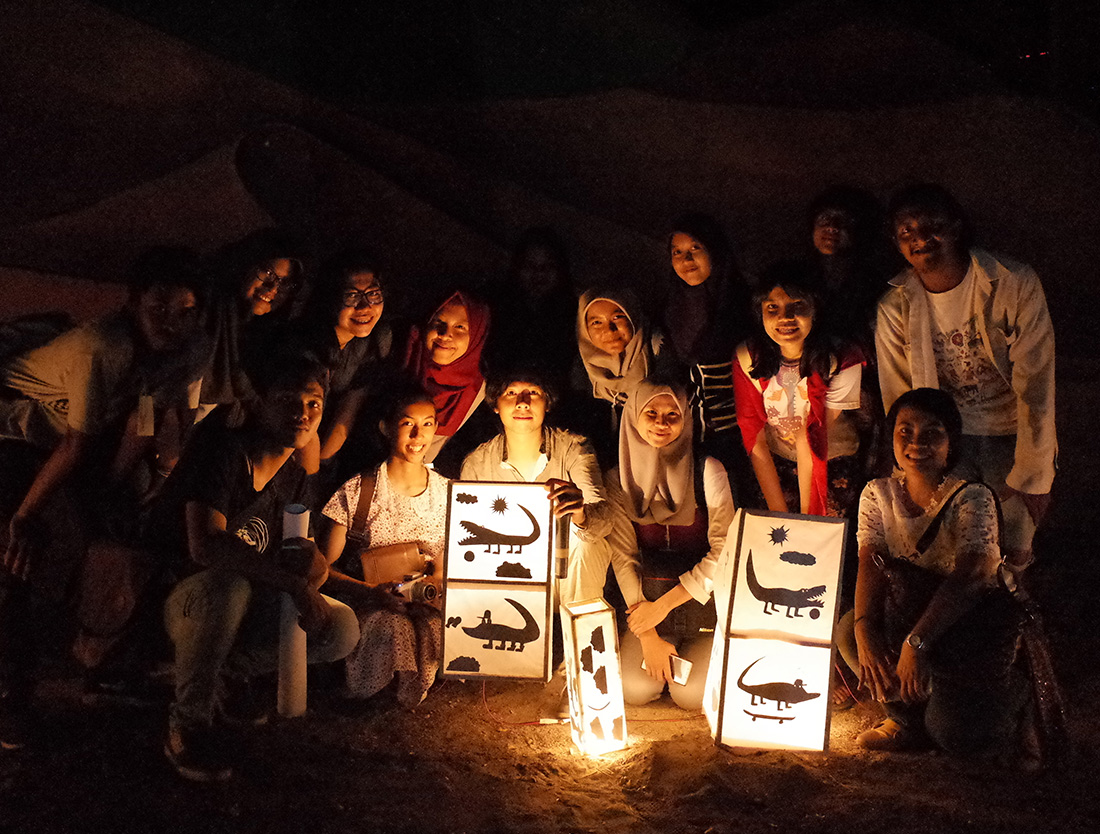 The Surabaya Zoo has been through turbulent times and sadly earned a reputation for animals mistreatment. Like many zoos around the world, it is going through a transition, sometimes painfully, from a traditional zoo (whose sole purpose is to put animals in cages for amusement), to a conservation society (whose key principle is to maintain the well-being of animals and natural habitats, protect endangered species, and to promote environmental sustainability practices). In response to such a transition, DIY Bonbin was collaboratively created with Novan Effendy (Damar Kurung Lantern Festival founder and activist, Gresik), Kak Nitnit (children storyteller, Surabaya), and ITS Product design department, as a live public event at DIYSUB, a festival promoting DIY culture. Celebrating the festival’s spirit, the project invited the wider community to share knowledge and ideas about the future of the zoo. Children from neighbourhood schools took part in a lantern storytelling workshop, and presented their imagination of the future Surabaya Zoo in an after-dark narrative performance.