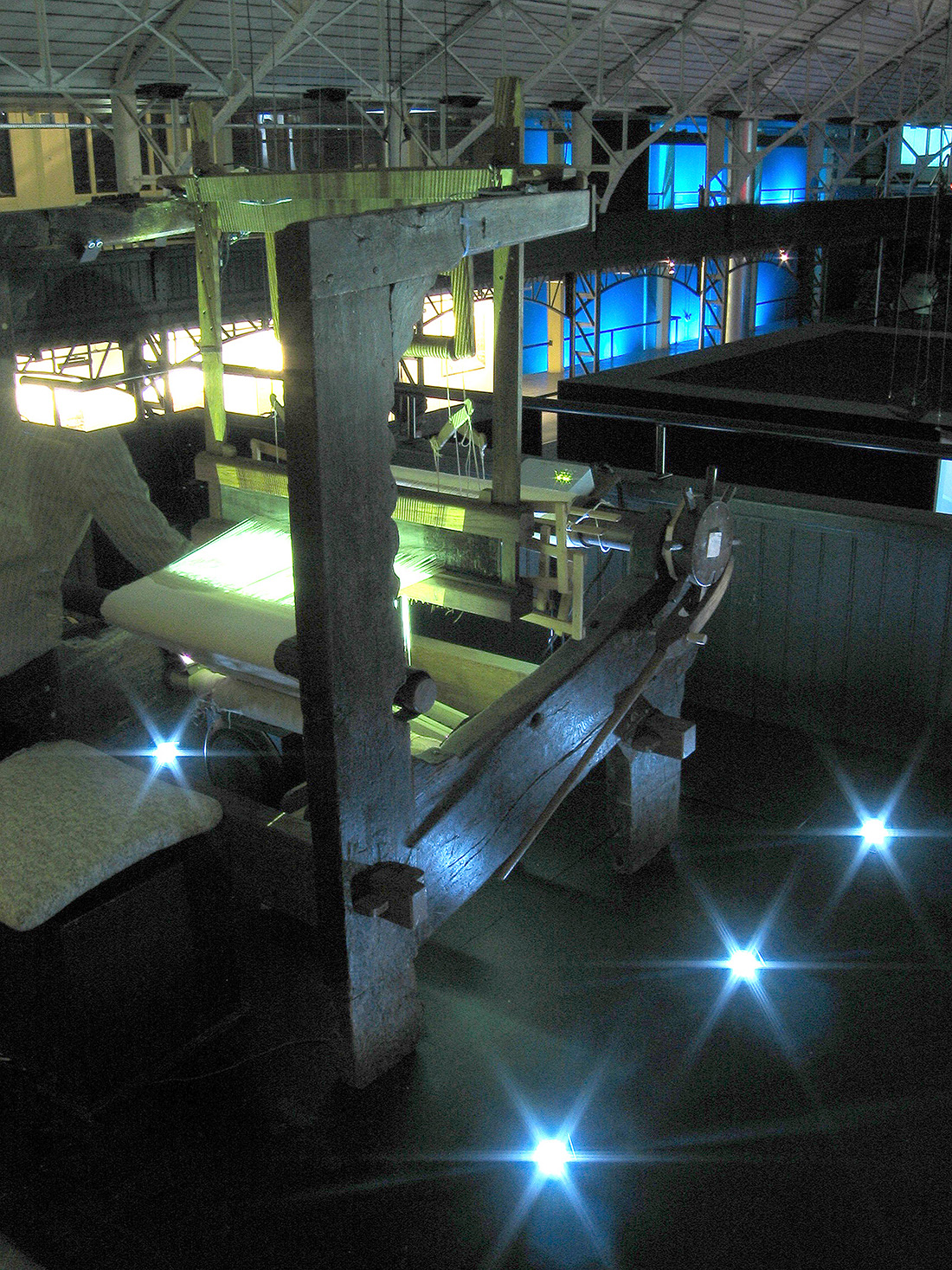 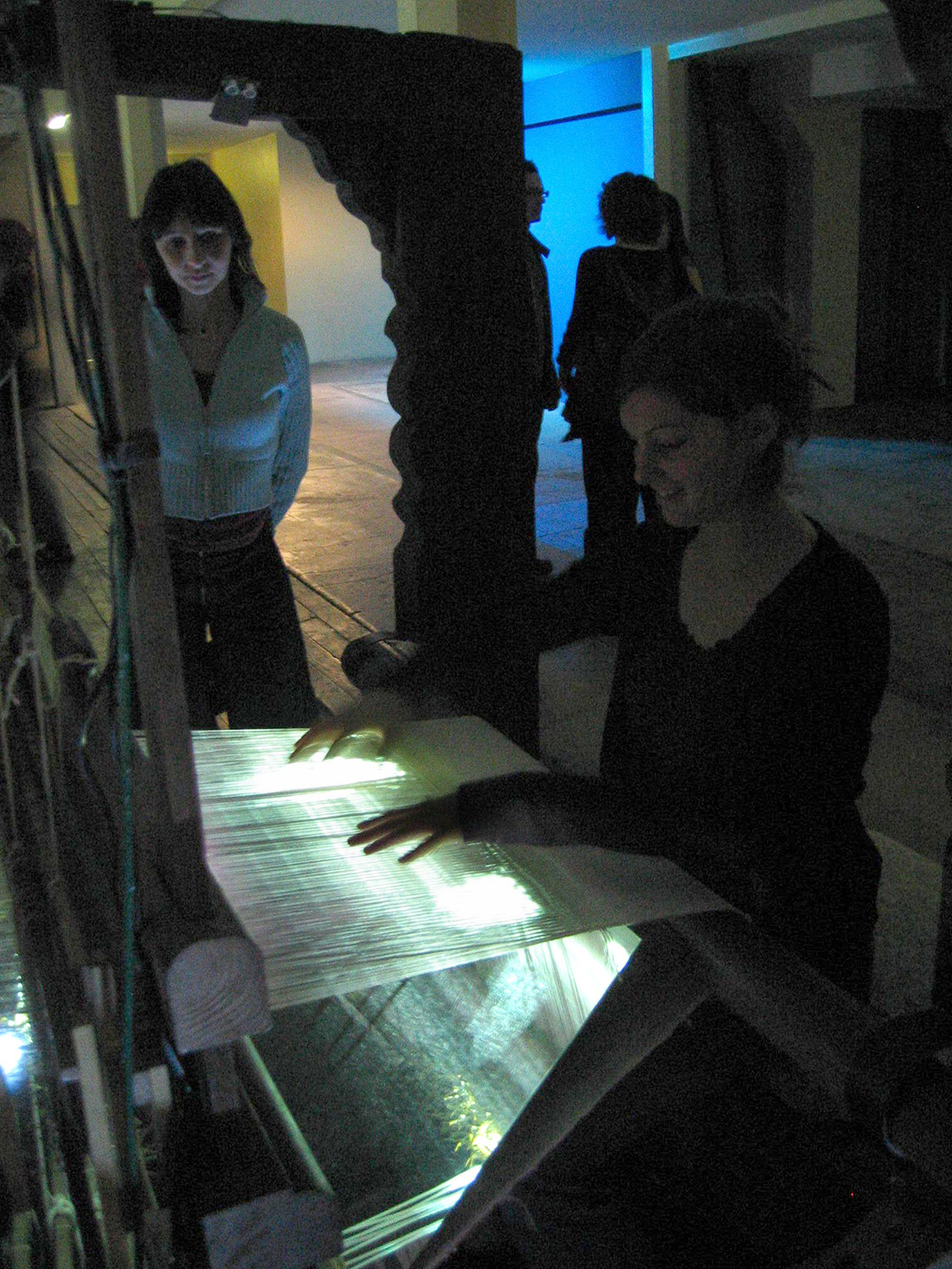 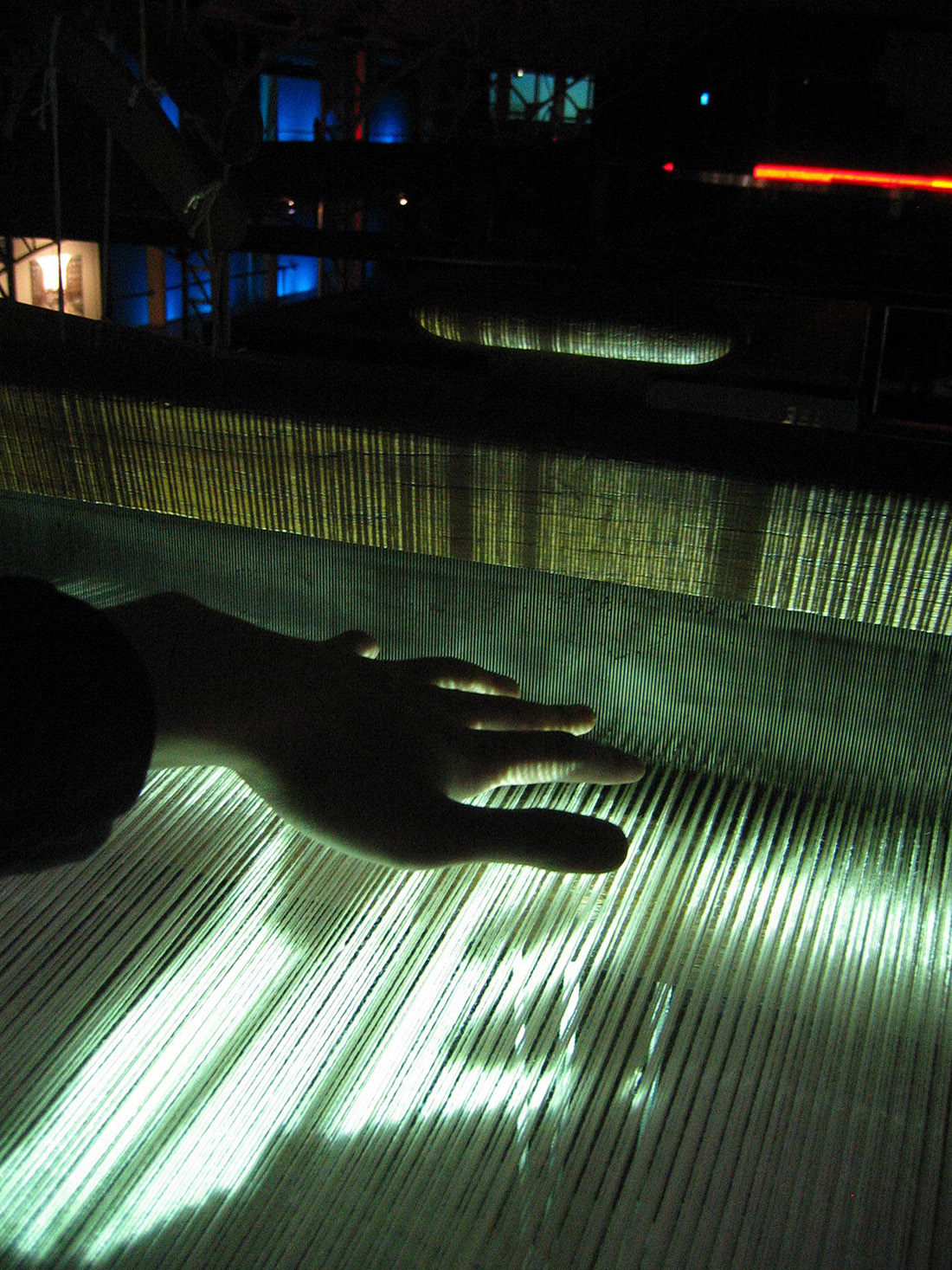 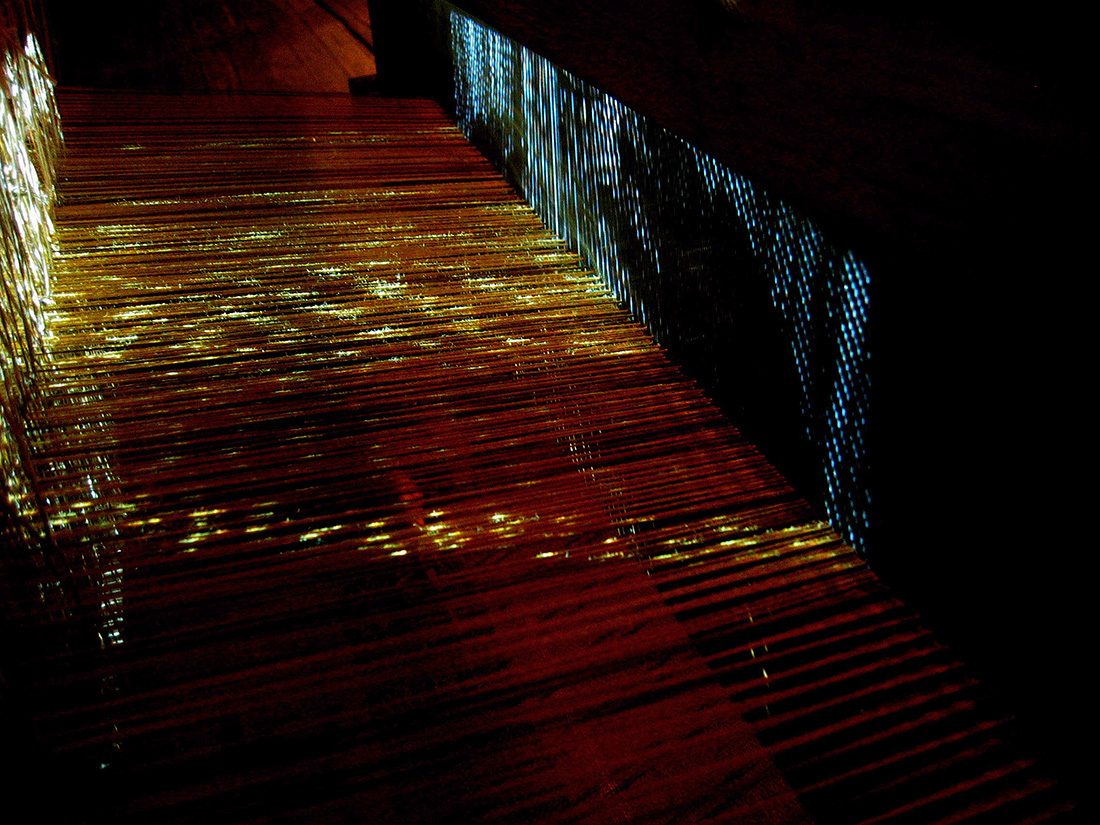 2005
Interactive audio and visual instrument, constructed with a 250 year-old loom

Once upon a time, the Nord-Pas-de-Calais region was a prime site of textile production in France and a cradle of the Industrial Revolution. Honouring this history, Musical Loom sprung from an 18th-century loom, acquired from the Jacquard Museum of France. The loom is a significant vessel of history. It has witnessed the region’s rise and decline. The work invites interaction with hand movements over the yarns, which weave together light and sounds. Participants can play the loom like a harp, control a four-tone harmony and vary its volume, generating mechanical sounds or musical expressions. When the work was first exhibited, locals shared their tunes with moving enthusiasm. Old weavers played with seasoned fingers the sounds of glory and loss.