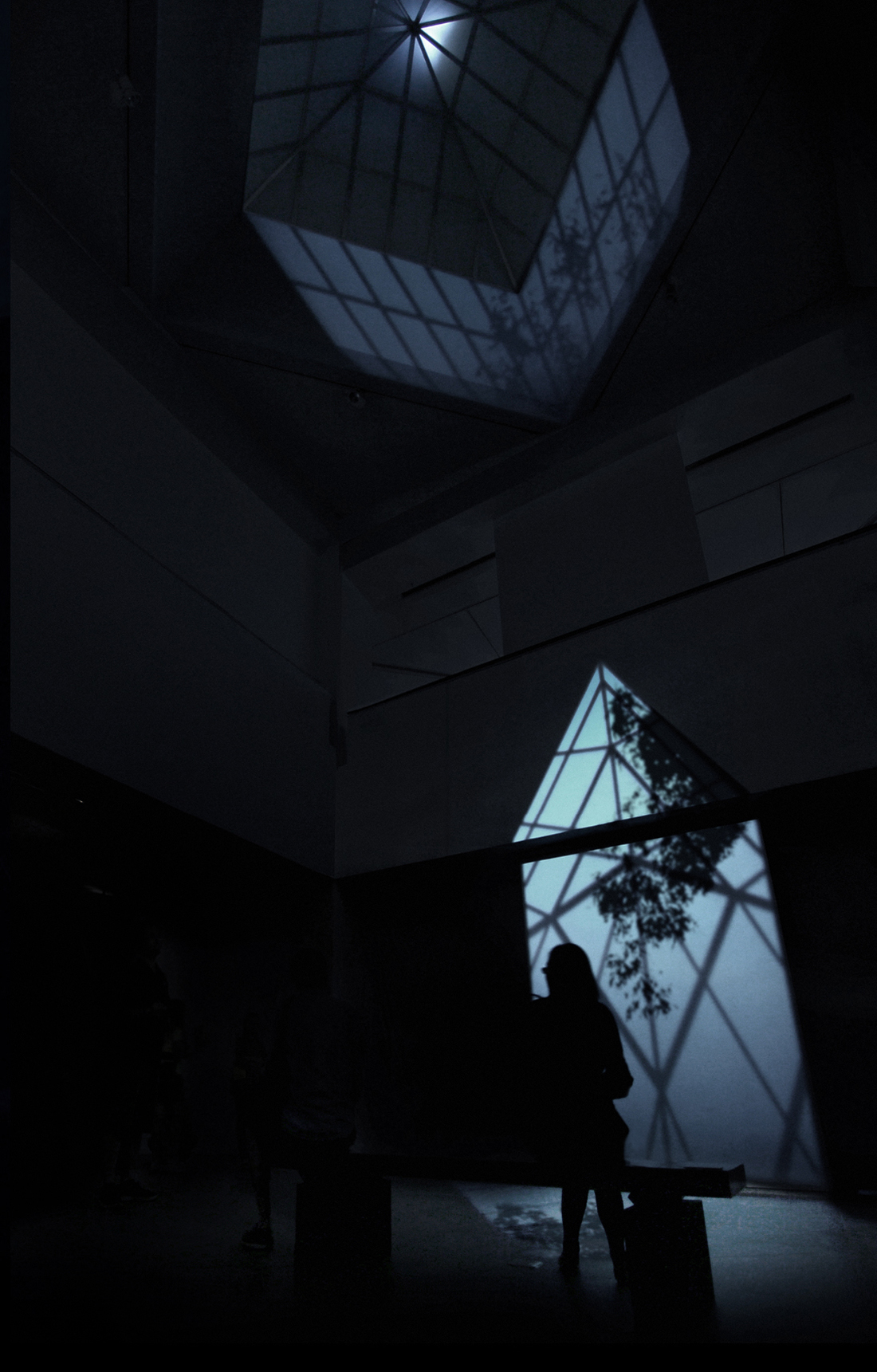 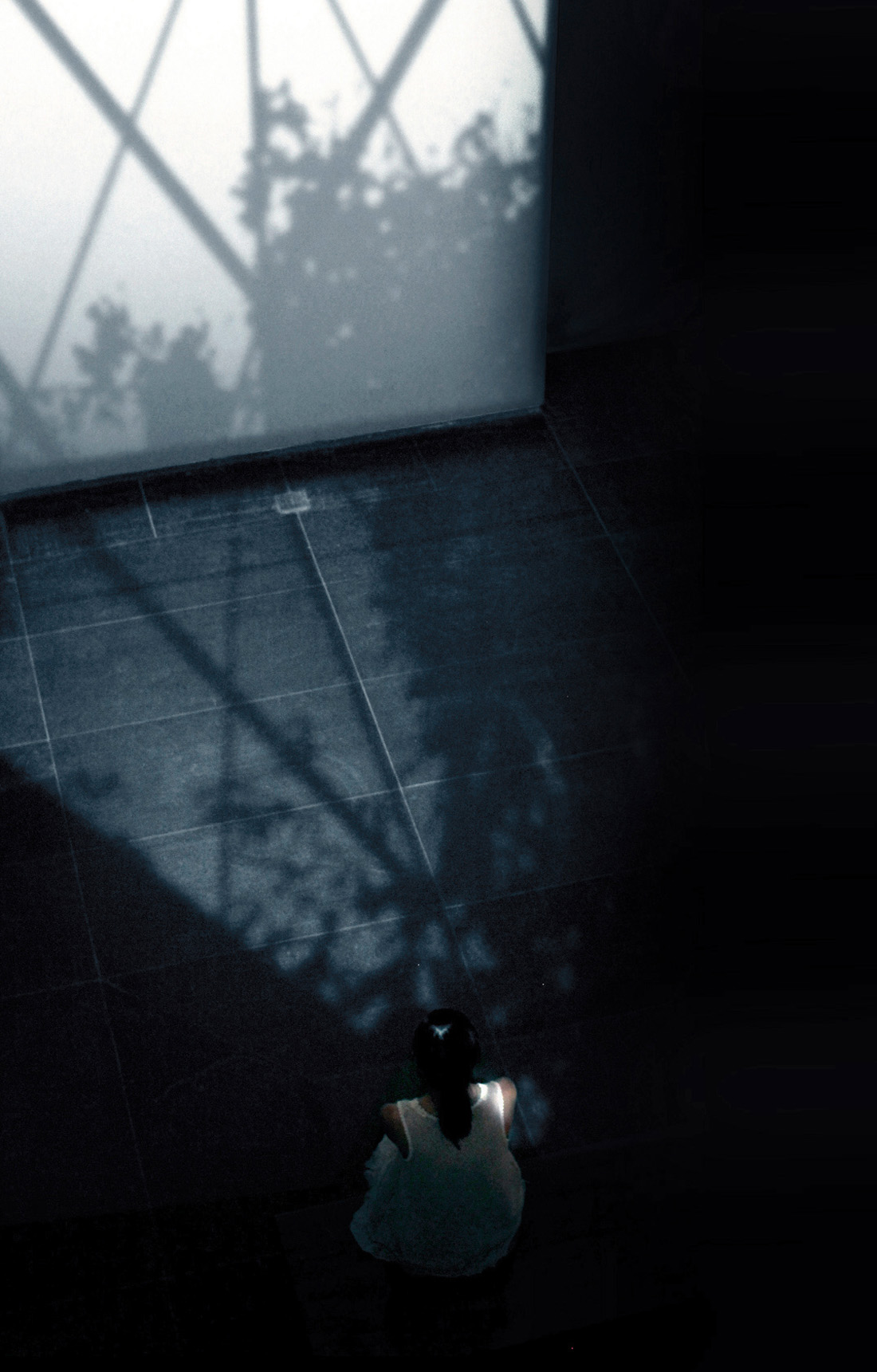 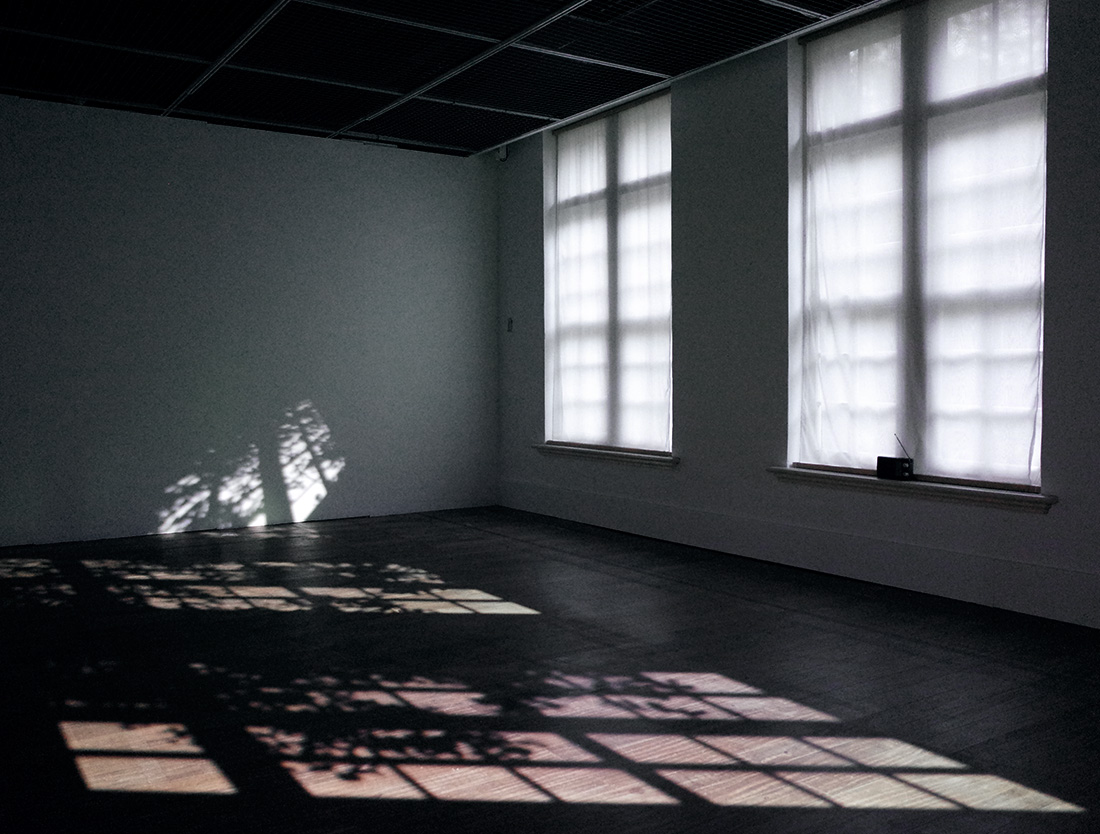 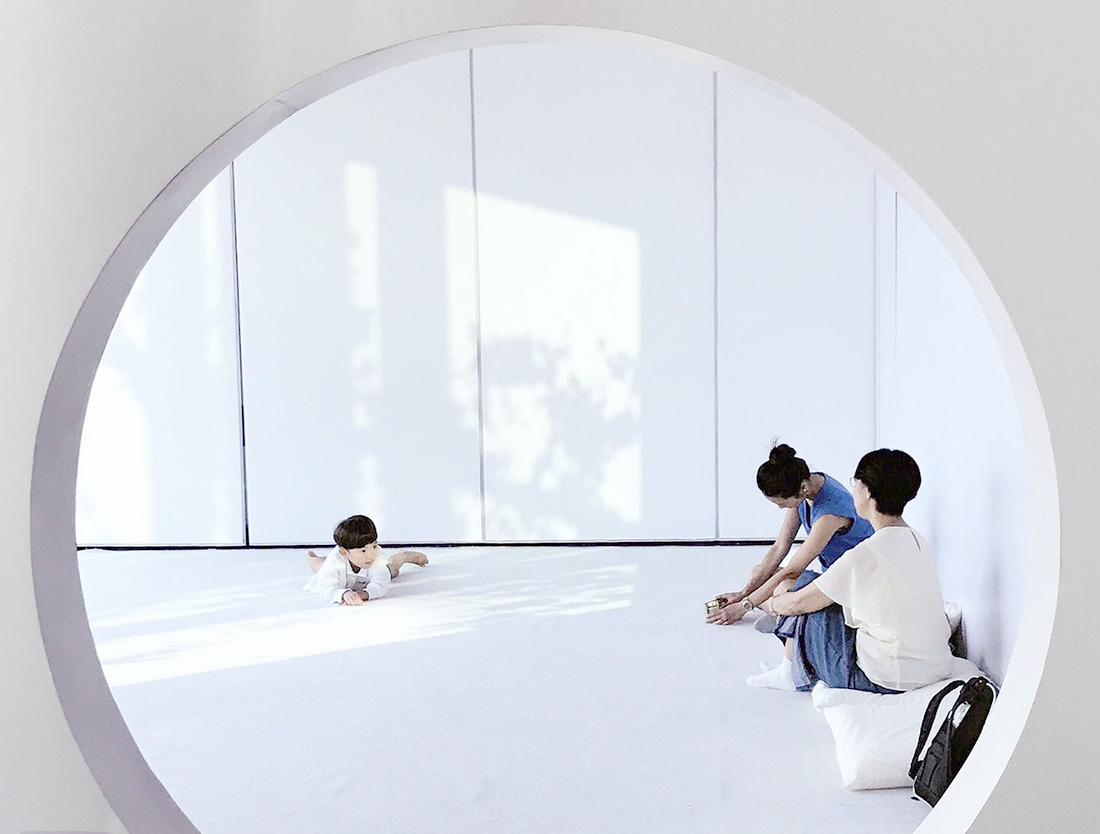 The Chinese character 閒, literally meaning leisure, comprises two elements, 門 (gate) and 月 (moon), and evokes the poetic atmosphere of moonlight streaming into the house. The archaic characters 閒 and 間 (meaning space) are equivalent. Both of them suggest the transition between time, space and events. Always set in a room with architectural openings, moon.gate simulates this serene moment. The audience can contemplate a projected simulation of light through the window frames. The shadows show a local tree, which sways in the hiss of the wind. While the sound actually comes from a tuning radio, the tree stays still when broadcast content becomes audible. In a blurry threshold between the simulated and the real, the idyllic is intertwined with current affairs. The many renditions of the work have brought my ears to ambiences here and there. In Hong Kong, there were rustles of the bauhinia. In Guangzhou, voices switch between Cantonese and Putonghua. A summer in Taiwan culminated in a track covering the island’s north, east, south and west: everyday chitchat on health supplements, a puzzling word in Mandarin, a song of the Tao tribe and news about student protests. Not infrequently, the understated work is overlooked by the quick-paced audience rushing from one gallery to the next. In the whispers of the light lies a fundamental question: what is the state of mind required for listening to the world we live in today?